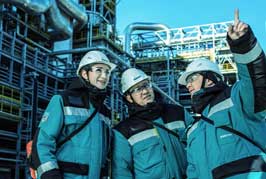 Russian petrochemical firms Sibur and TAIF have entered into an agreement finalising the creation of a combined entity that will leverage the facilities of PJSC SIBUR Holding. The move follows an announcement in April that the firms had initiated steps to create a combined company that will be Russia’s largest petrochemical producer and one of the top five global polyolefin and rubber producers. The value of the merged company is estimated at US$26.8 billion.

Under the agreement, TAIF shareholders will receive a 15% stake in the new combined company in exchange for 50% plus 1 share in JSC TAIF. To ensure faster integration and higher efficiency of the combined entity’s operations and investment programme, the parties have agreed on an early exercise of an option for the remaining stake of TAIF’s shareholders. Sibur’s financial obligations in the second phase of the transaction will be secured by several issues of exchange-traded bonds. As a result, in a matter of days required to finalise the deal the combined entity will consolidate 100% of the shares of TAIF Group, which includes petrochemical and energy companies.

Following the completion of all ongoing investment projects, the new combined company will be among the top five producers of polyolefin and rubber globally. The company’s investment programme will yield further growth of chemical non-commodity exports and import substitution, and also unlock new ways of tackling sustainability and environmental challenges.

The deal brings together the two companies’ vast expertise in major investment projects and facilitates efficient distribution of feedstock, which will boost Tatarstan’s petrochemical cluster and pave the way for new partnerships with the region.

Earlier, the European Commission approved, under the EU Merger Regulation, the acquisition of sole control of TAIF by Sibur Holding. The EC announced that the transaction gives rise to horizontal overlaps and vertical relationships between the companies’ activities related to the production of butyl rubber and isobutylene.

Furthermore, since Sibur’s share in the isobutylene market is small, the regulator decided that the deal would not raise any competition concerns. In addition, several strong global butyl rubber producers remain on the market.

TAIF together with Sibur will spend more than 1 trillion rubles. for the implementation of joint projects. In total, the companies plan to implement over 30 projects. According to Sibur, the joint entity would produce 8.1 million tonnes/year of polyolefins, when including upcoming capacities in their Amur GCC and EP-600 large-scale projects, and 1.2 million tonnes of rubbers.

TAIF owns controlling stakes in Nizhnekamskneftekhim and Kazanorgsintez, as well as TGK-16. By the end of 2020, the share of TAIF Group in the total volume of production in Russia amounted to 64% for rubbers, and 28% for plastics. TAIF Group is the only Russian producer of polycarbonates, and a number of other popular types of polymer products.