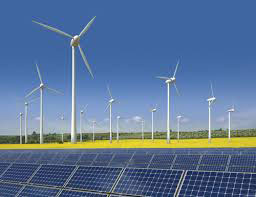 Tens of thousands of families have abandoned coal energy and made the switch to green energy.

Renewable energy is expensive, but the families joined together under the The Clean Energy Switch program that allowed them to use collective bargaining to purchase green tariffs.

The Clean Energy Switch, launched on Tuesday, is expected to attract thousands of households. The scheme is run by the campaign group 38 Degrees and the Big Deal, a consumer collective, which will use the large number of customers they have signed up as leverage to secure a good deal for them.

The energy provider able to offer the lowest rate will win all of the customers – a model that has been used successfully with traditional, fossil-fuel dominated tariffs.

Apart from encouraging households to use green electricity by offering better deals, the scheme will put pressure on the Big Six to cut their reliance on fossil fuel generation and spur further investment in renewable technologies.

The plan is being backed by Labour, the Liberal Democrats and the Scottish National Party at Westminster.

“It’s fantastic that people are signing up in their thousands. People want clean energy and believe in people power. Together we can fight climate change and save money,” said Will Hodson of The Big Deal. “The more people who joint the Clean Energy Switch the better deal we can get. There is power in numbers.”

“When 70 % of households on the standard variable tariff are being overcharged, people-power switches to get a cheaper, cleaner energy deal are welcome,” added the shadow Energy Minister, Jonathan Reynolds.

The scale of the campaign sign-up emerged a day after it came to light that all of the Big Six energy firms have quietly dropped their green electricity tariffs – prompting critics to question their commitment to tackling climate change.

The Big Six defended their decision to axe 100 % renewable energy tariffs, saying it had been forced on them after the regulator Ofgem cut the number of tariffs they were allowed to offer in a bid to simplify a market characterised by numerous, complex offers. The firms say that overall the energy they generate and sell is greener than it was 10 years ago. They argue that because environment-friendly tariffs are more expensive than those typically dominated by fossil fuels, there is relatively little customer demand.

However, Ofgem pointed out that under the new four-tariff regime – which is being reconsidered as part of a Competition and Markets Authority review of the sector – energy providers still had scope to offer green tariffs.

A spokesman for the Department for Energy and Climate Change added: “Our priority is to keep bills down for hard-working households – and it’s clear that when it comes to energy deals, there’s power in numbers. Thanks to Government reforms there are now 29 energy suppliers offering a range of options, which means there’s never been a better time to club together, shop around and switch energy supplier.”