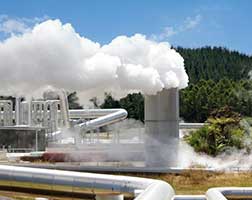 The following are the financial and operating results of U.S. Geothermal Inc. for the first 6 months ending June 30. 2015:

“We are very pleased with the high availability of our operating plants during this second quarter, with corresponding financial results fully meeting our expectations,” said Dennis Gilles, U.S. Geothermal’s Chief Executive Officer. “With two strong quarters delivered, in spite of the unseasonably warm weather experienced during this first half of the year, we are well positioned for achieving the financial results provided as guidance. This continuing strong operational and financial performance supports continued growth of the company; both from developing our internal project pipeline and through strategic acquisitions.”

U.S. Geothermal Inc. will host a telephone conference call for investors and analysts on Wednesday, August 12th, 2015 at 1:00 p.m. ET (10:00 a.m. PT) to discuss their First Six Months results, which were filed after the Market Close on Tuesday August 11th, 2015.

The conference call may be accessed by dialing (877) 407-8133 in the United States and Canada, or (201) 689-8040 internationally. A simultaneous webcast of the conference call will be provided through: http://www.investorcalendar.com/IC/CEPage.asp?ID=174236

Months for each plant (excluding planned maintenance hours) as follows:

facilities including a major overhaul (once in 7 years) at Raft River.

— Generated fleet wide total 168,874 megawatt-hours for the period, as

— Worked with the Guatemalan Ministry of Energy and Mines to finalize

approval of a modified project construction schedule for the El Ceibillo

— Received permits for the temperature gradient wells at San Emidio for

— Ended the Quarter with US$230.8 million in Total Assets, Cash and Cash

Equivalents of US$12.8 million, and Restricted Cash of US$22.0 million

The Board of Directors of the Company has approved a stock repurchase program which allows up to US$2.0 million of the Company’s outstanding common stock to be repurchased from the open market on the NYSE MKT through the end of July 2016. Additionally a Special Committee of the Board has been formed to consider other strategic alternatives to increase stockholder value. The Special Committee of the Board has selected Marathon Capital to serve as its financial advisor.

All three units operated smoothly, with first and second quarter availabilities of 96.9% and 97.6% respectively for the facility, outside of planned second quarter annual maintenance hours. Generation for the First Six Months was 90,732 megawatt-hours, compared to 96,676 megawatt-hours for the prior year period. The reduction in generation is primarily due to Neal being impacted by higher than average ambient temperatures, with June temperatures 12 degrees above the 10 year average.

A settlement was reached with our Equipment Supply contractor, Turbine Air Systems, and five of their key equipment suppliers. The settlement agreement provided a cash payment to the project company, USG Oregon LLC, a commitment to finalize equipment repairs and upgrades, and an extended warranty for equipment that is repaired or replaced.

Plant performance was again exceptional, with first and second quarter availabilities of 99.9% and 97.6% respectively, outside of planned second quarter annual maintenance. Total generation for the First Six Months was 40,246 megawatt hours, which compares to 36,799 megawatt-hours for the prior year period.

Under the terms of our PPA, generation during 2015 will be paid at the average contract price of US$92.08 per megawatt-hour. There is no seasonal adjustment under this PPA.

Plant performance was also exceptional, with first and second quarter availabilities of 99.7% and 99.97% respectively, outside of planned second quarter annual maintenance. Total generation for the First Six Months was 37,895 megawatt-hours which compares to 39,683 megawatt-hours for the prior year period. Raft River took an extended major overhaul of 12.6 days for its first planned turbine rebuild after more than 7 years of operation.

Under the terms of our PPA, January, February and June were paid at the average contract price for 2015 of US$62.00 per megawatt-hour, while March, April and May were paid at the seasonally adjusted price of US$45.57. In addition to the price paid for energy, Raft River currently receives US$4.75 per megawatt-hour under a separate contract for the sale of Renewable Energy Credits, with the Company preferentially receiving 70% of the REC income.

Flow tests on the three largest production wells was completed in June. An independent, world recognized geothermal consulting firm designed and monitored these tests. The results were very encouraging, with all three wells producing steam at flow rates at or above previous results from 2008 and 2009 when the wells were first drilled, confirming that the wells are open, available for production, and able to generate enough steam for approximately 30 megawatts (MW). The consulting firm has received all of the test data and steam analysis, and is now analyzing the results and preparing a reservoir report that can be used to guide final development of the project. Upon completion of the reservoir report and power plant optimization work, the final size of the new plant will be determined.

Engineering optimization of the power plant design is continuing with a focus on an innovative hybrid plant design that includes both water and air cooling. This design will dramatically increase the volume of water available for injection back into the reservoir, providing long term stable steam production, and will result in increased power generation over the life of the project. A new Conditional Use permit has been submitted to Sonoma County, reflecting this modified cooling plan.

Our transmission interconnection application with the California Independent System Operator was accepted in the Independent Study process and will continue through the Federal Energy Regulatory Commission (FERC) mandated evaluation procedure.

Discussions with numerous potential off-takers for the power from our power plant occurred this quarter, with high interest expressed by a number of them for base load, renewable power to replace fossil fuel based power generation that is being phased out of their portfolios.

The modified development schedule was formally approved and signed by the Minister of the Guatemalan Ministry of Energy and Mines in July 2015. Now that the modified schedule has received final approval, we commenced drilling well EC-2, to test a high temperature anomaly defined by the 2014 temperature gradient drilling program. We are also planning well EC-3 which is targeted at a shallow, highly permeable zone that was found during that same 2014 temperature gradient program. With the schedule modification now in place, which provides a reasonable time frame for development of the project, we will reestablish our discussions and negotiations for a PPA.

NV Energy has awarded all 200 megawatts of renewable energy in their recent Request for Proposal (RFP) to solar projects in southern Nevada, near their current load demand.

Drilling of the first water supply well, which was intended to be used for hybrid cooling, was completed and tested. It was found to communicate directly with surface water which is not allowed under Oregon law, thereby making the well unavailable to use for hybrid cooling. A second well has been drilled at a different location and much deeper, and is now being tested to determine whether it communicates with surface water, and if not then to determine if the aquifer can provide enough water to support the installation of the hybrid cooling system. The ability to use water cooling during the 5-6 months of summer and fall would increase power generation, when current air cooling results in a significant reduction in plant output. Our target is to increase the annual average generation of the plant from the design rate of 22 megawatts up to the contract limit of 25 annual average megawatts.

Our focus on M&A activities remains very active. We are continuing due diligence on a number of excellent opportunities that encompass operating projects, advanced development projects and green field opportunities.

The U.S. Senate Energy committee has approved a broad energy bill which includes a number of long sought after amendments that are favorable to geothermal development. Additionally the U.S. Senate Finance committee has approved language that would extend the 30% Investment Tax Credit to geothermal projects that start construction before December 31, 2016. Both bills are headed to the full Senate and House for voting.