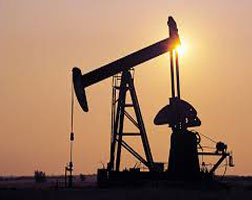 U.S. crude oil production (including lease condensate) increased during 2014 by 1.2 million barrels per day (bbl/d) to 8.7 million bbl/d, the largest volume increase since recordkeeping began in 1900. On a %age basis, output in 2014 increased by 16.2%, the highest growth rate since 1940. Most of the increase during 2014 came from tight oil plays in North Dakota, Texas, and New Mexico where hydraulic fracturing and horizontal drilling were used to produce oil from shale formations.

In %age terms, the 2014 increase is the largest in more than six decades. Annual increases in crude oil production regularly surpassed 15% in the first half of the 20th century, but those changes were relatively less in absolute terms because production levels were much lower than they are now. Crude oil production in the United States has increased in each of the previous six years. This trend follows a period from 1985 to 2008 in which crude oil production fell in every year (except one).

Although oil production is expected to rise in 2015 and again in 2016, the growth is not expected to be as strong as in 2014. Since mid-2014, the price of crude oil has fallen about 50%, which has slowed production in marginal drilling areas and focused investment in the more developed areas of tight oil plays. Annual crude oil production is expected to grow at a slower rate, 8.1% this year and 1.5% next year, according to EIA’s latest Short-Term Energy Outlook (STEO). The slowdown in growth is more evident when looking at production between December 2014 and December 2015, which is forecast to rise by just 200,000 bbl/d. – U.S Energy Information Administration