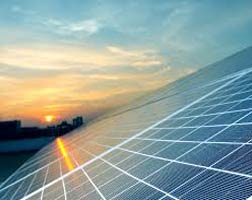 United Arab Emirates will invest US$35 billion in clean energy by 2021 as it seeks to reduce its dependence on fossil fuels. “By 2021, our investments in nuclear and solar projects will reach US$35 billion.” Energy Minister Suhail al-Mazrouei said at an energy conference in Abu Dhabi.

He said that the UAE’s four nuclear reactors currently under construction will, once operational, “provide 24-25% of electricity consumption in the country”.

An international consortium led by Korea Electric Power Corp won a contract in 2009 worth more than US$20 billion to build the four 1,400MW reactors at Baraka, west of Abu Dhabi.

Speaking on the sidelines of Sunday’s conference, he told AFP that “this diversification also seeks to ensure price security and stability” for consumers. He added, however, that as overall demand continues to grow, the UAE’s gas production would follow suit.