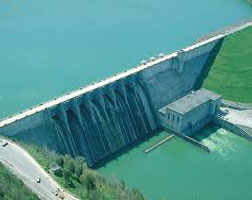 According to the East African Business Week, the Ugandan government has invited private and foreign investors to develop some 59 mini-hydro dams that will generate a combined 210 megawatts.

The small hydro sites, mainly located in the hilly western and eastern part of the East African nation, will generate between 0.5 megawatts to 5 megawatts.

If successful the hydro dams will bolster the country’s efforts to increase access to electricity in the rural areas from 1 % to over 10 %. Uganda’s energy balance is dominated by biomass and solar.

Currently, power demand in Uganda is estimated at 445 MW and growing rapidly each year. The country requires an additional 50 MW each year to avoid load shedding, ESI Africa reported.

“Since we still have a lot of small hydropower potential on our small rivers within the country, we should change the strategy and start investing in small and mini-hydro power,” Frank Kweronda, a Kampala-based civil engineer said in an opinion piece.

“One small hydropower system of 13 megawatts, is capable of reducing load shedding of at least two districts in a region, if connected to the national grid,” he added.

During a state of the nation address, President Yoweri Museveni said Uganda was leaning on infrastructure development to lift the country into middle income status in the next few years.

The country also has an ongoing construction of big hydro dams financed by China and France in Karuma and Isimba that is set to increase the its power generation in coming years.

Uganda has in recent years increased its investment in energy projects to meet growing demand for electricity.

The country has an installed power capacity of about 850 megawatts, but the two big hydro-powered plants in Karuma and Isimba, along river Nile, with a combined generation capacity of 780 megawatts, will double this, Reuters reported. – AFK Insider