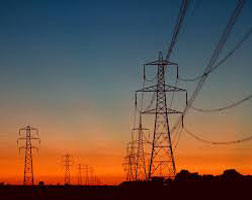 Parts of the grid are closed to new connections and further shutdowns are likely, the Solar Trade Association (STA) said. It claimed the new Conservative government needs to invest heavily in the UK’s power infrastructure to prevent the withering of low-carbon projects and ensure Britain meets its 2020 renewable energy goals.

The lack of capacity is at the 14 private sector distribution network operators (DNOs) which carry electricity from the main grid to commercial and domestic users.

Western Power Distribution, the DNO for the Midlands, south-west England and Wales, has closed the grid to new large renewable projects in Cornwall, Devon, Somerset and Dorset for up to six years. Large parts of eastern and south-east England barely have any capacity, maps from UK Power Networks, the DNO for these regions, show.

Under EU targets, the UK must produce 15% of its energy from renewable sources by 2020. It is about halfway there because the target includes transport and heating, as well as electricity generation. The Office for National Statistics said in February that Britain was on track to meet its commitments but to hit the overall 2020 targets, it needs to more than double the amount of electricity from renewable sources to 30%.

Leonie Greene, the head of external affairs at the STA, said the grid had lacked investment for many years because of a lack of action by the government andOfgem, the energy regulator.

She said: “The grid is now sclerotic in places and there are even modest solar roofs that cannot get grid connections. We are trying to get the DNOs to operate on a more active business model but the amount of solar that is projected for 2023 is less than we have today.

“We are missing basic information because we don’t have an assessment of how much actual capacity is left and what is needed to meet the 2020 targets. The new secretary of state has no time to waste to get the grid on track if we want a low-carbon electricity system.”

Ashley Seager, a director at solar energy firm Sun4net, said the lack of capacity was exacerbated by prohibitively high connection charges for businesses wanting to produce their own energy. He said that only two out of about 75 projects his company had looked at in recent months proved feasible.

He said: “For about 80% of those projects, grid connection was too expensive to make them viable.”

Western Power Distribution said connection charges were agreed nationally with Ofgem and payment was needed upfront before it could upgrade the network.

It said: “These require the connecting party to pay for the assets installed to directly connect them, and to contribute towards the cost of network reinforcement. While there are circumstances where Western Power Distribution can reinforce the network ahead of need, these require demonstration to Ofgem that the benefits outweigh the costs to the wider network user.”

Ofgem said: “There has been huge growth in small-scale generation in Great Britain. Over the past year, installations have increased by 40%. In some areas this has put pressure on network capacity. This is why we have allowed major increases in investment and encouraged network companies to take creative approaches to connecting generators without costly network upgrades.

“We are consulting on whether further strategic investment is needed to help generators connect. In addition we are reviewing the issue of network constraints more generally to see if further action is needed.”