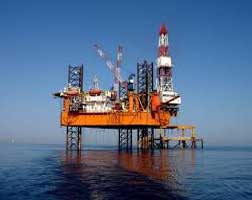 It said on Monday that following its communication with the company’s  president Rohaizad Darus last Friday, UMW-OG was  still actively seeking contracts.

The research house said Rohaizad shared two key updates. Following the expiry of contracts for Naga 2 and Naga 3 in late March 2015 and early April 2015 respectively, management will take advantage of the downtime to dry-dock the jack-ups, putting them out of action for up to three months.

“The dry-docking cost is around US$15mil for each jack-up. In addition to Naga 2, Naga 3 and Naga 6, two more jack-ups – Naga 5 and Naga 7 – are expected to have one- to three-month gaps in between contracts this year,” it said.

CIMB Research said the operations of Naga 1 and Naga 4 were going smoothly. The contracts will expire in FY16 and FY18 respectively.

“Our target price drops as we lower our FY15-17 EPS to impute the asset downtime and dry-docking costs. We continue to value the stock at 15x CY16 P/E, on par with our target market P/E. We keep our Add call, with a successful Middle Eastern foray as a potential re-rating catalyst,”  it said.

CIMB Research pointed out the current low oil price environment was far from ideal but it was encouraged by management taking the challenges in its stride.

“Management is pressing on with its aggressive approach to ensure all its assets are contracted, bidding for 22 contracts worth RM5.4bn as at Feb 2015. Of the 22 contracts, eight are domestic and the rest are international.

“The plan to venture into the Middle East by year-end is intact,” it said.

CIMB Research said Naga 8 might be deployed to facilitate the new venture. The jack-up, which is expected to be delivered in September 2015, was 76.44% completed as at February 2015.

“We advise investors to accumulate UMW-OG shares, given the current share price weakness. The company has evolved from a local player to a major force to be reckoned in Southeast Asia. It is now on the verge of a new phase of international expansion, with the potential securing of a contract in the Middle East,” it said.