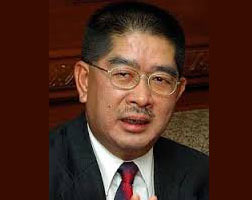 The transfer includes mineral fee lands and unpatented lode mining claims in Sections 8 and 17 of Township 13 North, Range 8 West, covering about 1240 acres (502 hectares), as well as the leased Endy Claims of 3382 acres (1369 hectares) – together known as the Roca Honda Assets.

In exchange, Uranium Resources will receive US$2.5 million in cash and US$375,000 as Energy Fuels shares. It will also get Energy Fuels’ 4% gross royalty covering 5640 acres (2282 hectares) on seven mineral leases in the State of Wyoming at the Kendrick and Barber areas of the Lance uranium in-situ recovery project, which is currently under construction by Peninsula Energy. The exchange also includes unpatented lode mining claims covering 640 acres (259 hectares) in Section 4 of Township 16 North, Range 18 West, located near Churchrock, New Mexico, as well as claims in Section 34 and leases from the State of New Mexico in Sections 32 and 36, all situated in Township 17 North, Range 16 West. Finally, Uranium Resources will retain a 4% royalty on Section 17 of the Roca Honda Assets. The royalty can be repurchased by Energy Fuels for US$5 million in cash.

Closing of the agreement is planned to take place by the end of June.

Uranium Resources, which is headquartered in Centennial, Colorado, said the Churchrock claims it will receive will expand the resource base of its existing Churchrock property, but there is no change in the projected timeframe for its Churchrock project as this applies to the company’s “mid-term path to production”.

While the Churchrock claims “provide upside” for resource expansion in the future and may provide future mine planning flexibility, Uranium Resources said it has no immediate plans for exploration drilling and engineering work at the project.

Christopher Jones, president and CEO of Uranium Resources, said: “We are pleased to have worked with Energy Fuels to achieve this strategic consolidation for our respective shareholders. We have now completed the full monetization of our Roca Honda properties in a two-step process we began last year.”

Uranium Resources has two licensed and currently idled processing facilities and about 17,000 acres (6880 hectares) of prospective in-situ recovery (ISR) projects in Texas. In New Mexico, it has a federal Nuclear Regulatory Commission licence to recover up to three million pounds of uranium per year using the ISR process at certain properties and controls minerals rights encompassing about 195,000 acres (78,914 hectares) in the Grants Mineral Belt in New Mexico.