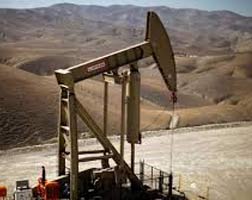 US shale producers faced a cash outflow of more than $30bn in the first half of the year.

This is due to a rise in bankruptcies and restructurings in the US shale oil industry.

Capital spending by listed US independent oil and gas companies exceeded their cash from operations by about $32bn in the six months to June, approaching the deficit of $37.7bn reported for the whole of 2014, according to data from Factset, an information service.

US oil production fell in May and June, according to the US Energy Information Administration, and some analysts expect it to continue falling as financial constraints limit companies’ ability to drill and complete new wells.

Companies have sold shares and assets and borrowed cash to increase production and add to their reserves. The aggregate net debt of US oil and gas production companies more than doubled from $81bn at the end of 2010 to $169bn by this June, according to Factset.

Terry Marshall of Moody’s, the rating agency, said: “The capital markets have been so strong and so open for these companies that a lot of them were able to raise a lot of debt.”

Capital markets have remained open for US oil and gas companies despite the crude price more than halving in the past year.

However, there are now signs that the flow of capital is slowing. US exploration and production companies sold $10.8bn of shares in the first quarter of the year, but that dropped to $3.7bn in the second quarter and under $1bn in July and August, according to Dealogic.

Similarly, those companies were selling an average of $6.5bn worth of bonds every month in the first half of the year, but the total for July and August was just $1.7bn.

The next hurdle facing many US oil companies is the resetting of their borrowing base: the valuation of their oil and gas reserves that banks use to determine how much they will lend.

Borrowing bases are generally set twice a year, and the new levels, which will typically take effect from October 1, will reflect significantly lower expectations for oil prices than the round agreed in the spring.

Edward Morse, global head of commodities research at Citigroup, said there would have to be a shake-up in the US shale oil industry to separate the good companies from the bad.

US shale oil producers have reported steep improvements in the productivity of the rigs they use and the wells they drill.

In the Eagle Ford shale of south Texas, the volume of oil produced from new wells for every rig running has risen by 42 % in the past year, from 556 barrels per rig per day to 792, according to the EIA.

However, the number of rigs drilling for oil in the US has fallen 59 % from its peak last October, and that now appears to be having an effect on the country’s oil output.

Virendra Chauhan, of consultancy Energy Aspects, said he expected fourth-quarter oil production in the US to be running at a lower rate than in the same period last year.