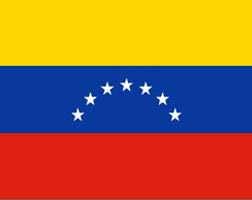 Venezuela has cut in half its subsidized shipments of crude oil to Cuba and Petrocaribe member nations to 200,000 barrels per day, down from 400,000 shipped in 2012, a Barclays report says.

Also, the British investment bank’s report considered it “ironic” that Venezuela would ship any oil at all, highlighting that while the country is going through extreme difficulties, it continues to subsidize oil sales to countries that have healthier economies.

Because of the cuts in oil shipments to the Caribbean, the firm reduced its deficit forecast for Venezuela to US$22.6 billion, down from more than US$30 billion predicted for 2015.

“The oil agreements have been a heavy burden for Venezuela. These deliveries reached 400,000 bpd at their peak in 2012, though Venezuela only received payment for 200,000 bpd,” said the Barclays report, citing figures from Petrologistics, the firm that follows tanker movements. “In the last decade, the agreements have cost Venezuela up to $50 billion,” added the report, titled Reducing Generosity.

Surprisingly, Cuba, the most important ally of Nicolás Maduro’s regime, has not been exonerated from the cuts, which deepened after August 2014, when crude-oil prices began to drop.

“Cuba has received about 55,000 barrels per day since September, nearly half of what it received in 2012,” the report says.

The cuts in deliveries to Cuba are more important than those of the other countries benefiting from Venezuela’s generosity, because unlike member countries of the Petrocaribe program, which at least pay a portion of the deliveries, Havana’s regime does not make cash payments for the exchange.

Under the cooperation agreements in place between both countries, Cuba pays for oil with the services of doctors and sports trainers for the social programs launched by the Venezuelan government, as well as with the island’s intelligence services.

However, shipments to Petrocaribe member countries have also been reduced significantly.

Shipments to the Dominican Republic and Jamaica, which account for about half of the program, have dropped 56 % and 74 % compared to 2012.

Venezuela, which had recently enjoyed one of the most pronounced and prolonged oil bonanzas in its history, is now immersed in one of the worst economic crises due to the systematic destruction of the national production structure and the dramatic plunge of oil prices, economists say.

Venezuelans, who today face a scarcity index of more than 50 %, are forced to spend hours in food lines to enter supermarkets with half-empty shelves. – Miami Herald