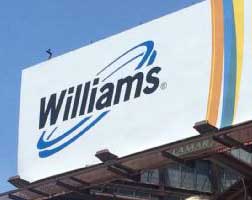 Williams Companies Inc has spurned Energy Transfer Equity’s US$48 billion takeover offer for now but a tie-up would give the company a dominant position in the fastest-growing natural gas market in the United States: the Northeast’s Marcellus Shale.

The deal, which would be one of the largest pipeline acquisitions ever, also would give Energy Transfer Chief Executive Kelcy Warren a new foothold in the deepwater Gulf of Mexico.

Williams’ presence in the natural gas-heavy Marcellus and nearby Utica shale would fill a gap in Energy Transfer Equity’s portfolio.

“ETE wants to be a larger player in the Northeast,” Evercore ISI analyst Timm Schneider said in a note to investors on Tuesday. “An acquisition of Williams would put them in the region right away.”

Williams said on Sunday it had rejected the unsolicited offer as too low.

Williams CEO Alan Armstrong has in the past touted his company’s big bet on natural gas growth as inefficient coal plants and more costly fuel oil are phased out in the Northeast.

While they have big projects in development in the Marcellus and Utica, Williams gathered 38 percent of the natural gas volumes from those fields in the first quarter this year, according to a company presentation.

Energy Transfer’s Revolution project aims to build gas gathering pipelines in the Marcellus, but it will not come online until 2017.

The platforms include Gulfstar, which started up last year and can produce up to 80,000 barrels per day of oil and 172 million cubic feet per day of natural gas.