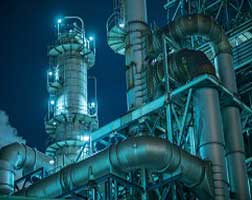 WorleyParsons will provide PMC services to the fourth phase of the petrochemicals complex. The complex will include the world’s largest mixed feed cracker with an estimated 1.8 million tonnes/year of ethylene output and a production capacity of 3.3 million tonnes/year of olefins and aromatics using a variety of feedstocks such as ethane, butane and naphtha from ADNOC’s refining and gas processing facilities.

WorleyParsons provided services to the pre‐Feed phase following a number of earlier PMC contracts for the ADNOC group.

Meanwhile, in other news, WorleyParsons says it is going to complete the acquisition of Jacobs Engineering Group’s Energy, Chemicals and Resources (ECR) division by the end of April 2019. In a recent update, the company has confirmed that it has received all regulatory clearance and approvals which are required for completion, therefore it is anticipating the completion of acquisition in April, which was announced last year in October.