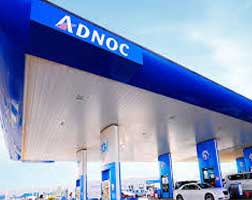 The deal will form a new entity called ADNOC Oil Pipelines, which will lease the oil company’s interest in 18 pipelines. These pipelines have a total length of over 750 km with 13 mbpd capacity. For 23 years, the firm will transport crude oil across ADNOC’s upstream concessions.

Read: Adnoc-ADQ jv to invest US$5 bn in potential projects in UAE

ADNOC will have 60% ownership of the new firm, while KKR and BlackRock will have a consortium owning 40% stake. the control over the pipelines and pipeline operations while in the new entity and ADNOC will own the rest.

Sultan al-Jaber, ADNOC group CEO says that the deal unlocks value from the firm’s portfolio of assets while retaining control over its ownership and operation.

Laurene Fink, CEO of BlackRock says, “We believe that today’s agreement among ADNOC, BlackRock and KKR will be followed by many more such partnerships to invest in the future growth of the region,”

By the third quarter of 2019, the deal is expected to close that will result in a US$4 billion upfront proceeds for ADNOC.