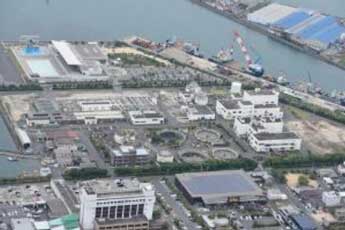 Asahi Kasei and Kurashiki City have concluded an agreement to hold a trial to evaluate and demonstrate the performance of a biogas purification system at a sewage treatment plant in the city.  The Mizushima Works of Asahi Kasei’s Production Centre and Kurashiki City concluded a comprehensive partnership agreement for the realisation of carbon neutrality.  Advancing the demonstration trial for decarbonisation is one of the provisions of the partnership.

Biogas from sewage sludge, garbage, etc., consists of approximately 60% methane and 40% CO2.  While the use of biogas as a carbon-neutral fuel is rapidly expanding, it is also a source of biomethane as a substitute for natural gas in Europe and the US.

In Kurashiki City, electricity is generated using biogas derived from sewage sludge at the Kojima sewage treatment plant.  The system will use a portion of this biogas for the demonstration trial.  If biomethane production using the system is combined with carbon capture and utilisation or storage (CCUS), the cycle would be carbon negative.  In the demonstration trial, the separated gases are recombined to biogas as fuel for generating electricity.

The fabrication of equipment will be in November 2022, with installation in May 2023 and start of operation at the end of 2023.

Asahi Kasei will design, install, and operate the system, and evaluate and demonstrate its performance while Kurashiki City will provide biogas generated from sewage sludge and the site for the demonstration trial.

Commercialisation of the system is expected around 2025 or 2026 following additional trials in countries or regions where biogas purification is performed.  The technology will also be applied to CO2 separation and recovery from gases other than biogas.