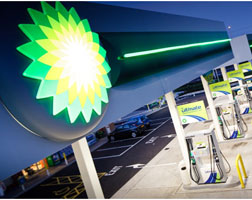 British multinational oil and gas company BP plc reported a decrease of almost 50% in its third quarter earnings compared to last year’s. The oil giant is also cutting its investment plans this year by US$1 billion as weak oil prices continue to cut through the company’s profits.

BP’s third quarter underlying replacement cost profit, the company’s definition of net income, fell to US$933 million from US$1.8 billion a year earlier but still beat the US$780 million expected by analysts.

According to BP’s chief financial officer Brian Gilvary, the company continues to make progress in adapting to the challenges posed by a weaker price and margin environment. “We remain on track to rebalance organic cash flows next year at $50 to $55 a barrel, underpinned by continued strong operating reliability and momentum in resetting costs and capital spending,” Gilvary added.

In a bid to achieve a leaner balance sheet, the company is also cutting its investment plans this year, with its 2016 capital expenditure lowered to around US$16 billion from the previously expected US$17-19 billion. BP is also forecasts 2017 investment plans to be around US$15-17 billion.

According to BP, asset sales stood at US$2.7 billion at the end of the quarter and the company remained on track to sell US$3-5 billion of assets this year.

Joining BP in beating analyst expectations are Shell, France’s Total, and US majors Exxon Mobil and Chevron. The companies are also cutting costs to improve margins.

Earlier this year, Shell completed its purchase of BG Group for US$50billion. It is now aiming to cut costs and sell US$30billion of assets in order to reduce debts. Shell has also recently sold Canadian oil and gas assets for $1bn as part of its asset-sale program.

Last month, news that the members of the Organization of the Petroleum Exporting Countries (OPEC) have agreed a limit on production sent the oil price to its highest in a year. However, doubts over whether the group will be able to deliver production cuts have seen crude prices slip recently.