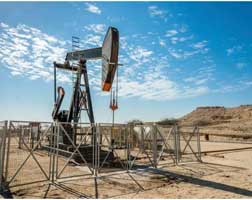 Egypt, which used to be a net energy exporter, has become a net importer in recent years as consumption has increased while production has fallen.

The government has been on a drive to lure back foreign investors to its energy sector in an effort to address a squeeze on public finances.

In December, Egypt accepted six bids for oil and gas exploration worth up to US$200 million.