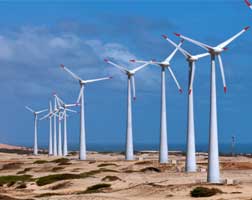 The latest audit  of ‘energy transition investment’, compiled by BloombergNEF (BNEF), shows that the world has invested a record US$501.3 billion to decarbonization in 2020, beating the previous year by 9% despite the economic disruption caused by the Covid-19 pandemic.

BNEF’s analysis shows that companies, governments, and households invested US$303.5 billion in new renewable energy capacity in 2020, up 2% on the year, helped by the biggest-ever build-out of solar projects and a US$50 billion surge for offshore wind. They also spent US$139 billion on electric vehicles and associated charging infrastructure, up 28% and a new record.

Other strong variables include domestic installation of energy-efficient heat pumps, which  came to US$50.8 billion, up 12%, while investment in stationary energy storage technologies such as batteries were US$3.6 billion, level with 2019 despite falling unit prices. Global investment in carbon capture and storage (CCS) tripled to US$3 billion, and that in hydrogen was US$1.5 billion, down 20% but the second-highest annual number to date.

Albert Cheung, head of analysis at BNEF, added that clean power generation and electric transport are seeing heavy inflows, but need to see further increases in spending as costs fall. Technologies such as electric heat, CCS, and hydrogen are only attracting a fraction of the investment they will need in the 2020s to help bring emissions under control. If climate goals are to be met, trillions/year are required, he said.

Data shows that Europe accounted for the largest global investment at US166.2 billion (up 67%), driven by a record year of electric vehicle sales and the best year in clean energy investment since 2012. Meantime, China and the US investments dropped to 12% or US$134.8 billion, and 11% or US$85.3 billion, respectively.

Jon Moore, chief executive of BNEF said that the pandemic impeded the progress on some projects, but overall investment in wind and solar has been robust and electric vehicle sales jumped more than expected. Policy ambition is clearly rising as more countries and businesses commit to net-zero targets, and green stimulus programs are starting to make their presence felt. Some 54% of 2016 emissions are now under some form of net-zero commitment, up from 34% at the start of last year. This should drive increasing investment in the coming years, he concluded.