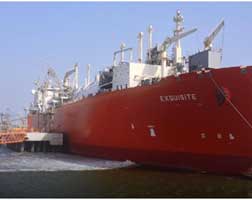 According to Hoegh LNG, the five-company consortium will work in collaboration with local developer Global Energy Infrastructure Limited (GEIL)to develop the terminal, but no shareholdings were detailed.Hoegh LNG was the first to go on board the project, signing a contract with GEIL for the LNG import project in Port Qasim near Karachi, Pakistan on December 15.

As Pakistan’s LNG imports rise, focus is on building requisite infrastructure. Recently, Excelerate Energy said it will deliver its second FSRU to Pakistan following negotiations with a consortium comprising Engro, Fatima, and Shell. It is expected to be the country’s 4th such floating terminal.