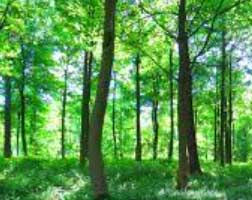 Climate change is real and there is a broad consensus on the issue in the EU and globally. On the other hand, there is wide fragmentation in the effectiveness of remedial measures – this is also the case in the EU.

The The World BioEconomy Forum, which has become a key community for promoting the means of circular

biotechnology and at the same time curbing climate change, says EU’s major goal is to be the first climate-neutral continent by 2050. This is clearly stated in the Green Deal. Technically, the goal is achievable by applying several measures simultaneously, like by curbing the use of fossil-based applications, by sequestering carbon in forests, or by storing carbon through other means.

The EU Commission published its energy and climate package “Fit for 55” and the EU Forest Strategy recently. The ambition level is high, as it should be. In today’s announcement it was good to note that bioeconomy is included in the EU plans. This is essential as climate change mitigation requires multiple roles for forests.

A positive thing is that the EU Commission is committed to increasing forest land area with plans to plant 3 billion trees by 2030. As a reference – Sweden is planting 380 million trees/year! The UN has a programme to plant 1 trillion trees.

First versions of the EU Forest Strategy seemed to indicate that the dominant idea is to reserve forests as carbon sinks and use them for carbon sequestration. What would be the consequences of this type of approach? What happens if we totally put aside other roles of forests e.g., providing bio-based products, and simulate what it means when forests are reserved primarily for carbon sequestration? How much forest would be needed? We will use Finland as a reference, as it is one of the most forest covered countries in the EU.

Global CO2-emissions are around 36,000 million tonnes/year of CO2, of which the EU accounts for close to 3,000 million tonnes/year of CO2. In addition, it should be acknowledged that forests’ carbon sequestration capacity varies. Finnish forests sequester 470 tonnes of CO2 per year/km2, while somewhere with very good conditions the level can reach even 1000 tonnes CO2/year/km2. (https://ourworldindata.org/co2-emissions)

Just for reference. If we use a very optimal forest type (sequestering 1,000 tonnes CO2/year/km2) it would theoretically need only(!) 3 million km2 to compensate for the EU’s own emissions. The next challenge would be then that agricultural land alone accounts for two-fifths of the EU’s land area, i.e. around 1.8 million km2. So, even in the “optimal and theoretical case” the entire EU would be only forests and agricultural land. On the other hand, as there is no space for urban or other populated areas – there is no need for agricultural land. Surely an extreme case again.

These calculations presented are theoretical and exaggerated, but at the same time, they show that a one-sided approach is not enough to curb climate change, and more tools are needed in the toolbox – also in the EU. Using forests only for carbon capture and sinks is not a sensible policy. Especially when keeping in mind that in almost all cases where wood is used, it replaces fossil-based products, and thus reduces the release of carbon from the ground into the atmosphere.

We need to substantially reduce the use of fossil-based raw materials globally, otherwise we will not be able to achieve our goals in mitigating climate change. Forests should be protected and used as carbon sinks only to the extent necessary to preserve their biodiversity.

The World BioEconomy Forum, a platform for key stakeholders of the Circular Bioeconomy, sees diverse solutions as an important element in preserving natural values and mitigating climate change. The Forum says it endorses bio-based products as alternatives for non-renewable applications. With regard to forests, it wants to continue to promote the multiple roles of forests, which includes natural forests, forest management, and the use of forests to replace everyday products of fossil origin.