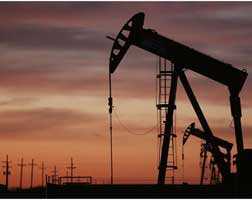 The International Energy Agency (IEA) expects the oil market to gradually tighten due to lower upstream investments and growing oil demand, according to its latest Medium-Term Oil Market Report.

However, the agency still noted that its demand forecast remained largely unchanged from the 2016 oil market report, at a growth rate of 1.2 million barrels per day (bpd) each year through 2022.

Now renamed Market Report Series: Oil 2017, the report also acknowledges the advances in cost-cutting in the oil industry, estimating that production costs globally fell by 17% last year, after a 15% decline in the previous year. In US light tight oil, cost cuts were more substantial, at 30% for 2015 and 22% in 2016, according to the IEA.

Investments in new production capacity have started to improve this year, the authority also noted, after two years of major declines: a 25% decline in 2015 and 26% decline in 2016. Again, US shale is the leader here.

The IEA is markedly wary of predicting the success of OPEC’s extended oil output cut agreement, but it does expect that unless some new upstream projects start pumping oil soon, by 2022 OPEC will need to produce 35.8 million barrels in response to global demand of 104 million bpd. To compare, demand for OPEC oil in 2016 averaged 32.2 million bpd.

However, the IEA estimates that the cartel will only inaugurate 1.95 million bpd in new production capacity in that period, which will lead to a tighter oil market and higher prices.

The authority acknowledges that non-OPEC supply could offset this insufficient new capacity, in which case, prices will remain pretty much stable over the next five years. For this to happen, the IEA says, companies and the governments of oil-producing countries need to be convinced “that there is a floor under oil prices due to production management and bring forward new projects.”

The news that the IEA has for shale oil’s competitors is not so good. By the end of 2017, US shale oil output will have added half a million barrels per day from the end of 2016, and by 2022, the overall increase will hit 1.4 million bpd—even with oil prices below US$60 per barrel. In case prices shoot up to something like US$80 a barrel, US shale could increase its output by as much as 3 million bpd between 2017 and 2022.