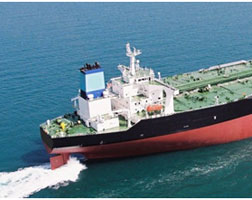 Asia’s imports of Iranian crude oil has hit a five-month oil since March. This is made possible by purchases by South Korea and China.

However, imports by Asia’s four main buyers remained below last year’s levels for a fourth month in a row, the first time this has happened since western sanctions against Tehran were lifted in January last year, leading to a surge in shipments, Reuters reported.

China, India, South Korea and Japan together imported 1.64 million barrels per day last month, down 10.8% on a year ago, government and ship-tracking data showed.

Iran aims to maintain crude oil and condensate exports at around 2.6 million bpd for the rest of 2017 although recent maintenance, depleted oil storage and a growing domestic appetite will limit shipments abroad, a senior official at the national state oil company said last week.

Chinese imports rose 5.5% from a year ago in August to 786,720 bpd, the highest monthly amount since 2006, according to data on Reuters Eikon.

South Korea’s imports jumped 46.7% to a five-month high of 407,323 bpd. India, however, continued to reduce its intake in retaliation at Tehran’s potential decision to award a giant gas field to a Russian company. India imported 335,400 bpd in August, the lowest level since February 2016, and down about 42% from a year ago.

Japan’s Iranian imports fell for a fourth straight month from a year ago to 107,357 bpd, the lowest volumes since April, trade ministry data showed on Friday.

Iran has been exempted from an agreement by the Organization of the Petroleum Exporting Countries to reduce output, a victory for Tehran that has argued it needs to regain the market share it lost under international sanctions over its nuclear program.

The country is aiming to raise oil output to around 4 million bpd by the end of the year and 4.5 million bpd within five years from around 3.8 million bpd in recent months.