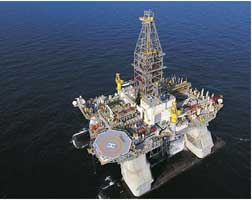 It is expected that the parties will set up joint ventures to finance projects both in Iran and outside the country, according to Iranian media reports.

Each company will allocate equal investment shares in the jointly financed projects, with Iran’s Ghadir Exploration and Production Company in charge of leading the consortium. Zarubezhneft, Ghadir and Unit International also agreed on joining technical and economic efforts, the news outlet reported.

This is a landmark agreement for the Iranian petrochemical industry, the first trilateral investment deal the country’s company has closed with foreign partners.

In July 2016, Zarubezhneft signed an agreement with the National Iranian Oil Company, according to which the Russian intermediary has to inspect West Paydar and Aban oil fields in western Iran and report on the possible ways to increase the recovery rate of the facilities.