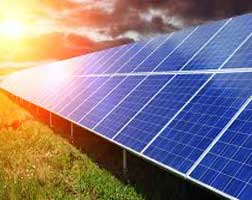 A not-for-profit energy supplier has been set up by a local council in order to help customers save up to to £237 a year on bills.

The council said the first customer, who signed up with the new firm on Monday, had cut their annual energy bill from £2,000 to £1,400.

The company will use energy generated from the city’s incinerator, solar panels and waste food plants and also buy in gas and electricity from the market.

Alan Clark, Nottingham city council’s portfolio holder for energy and sustainability, said: “The UK’s domestic energy market has been hit with fluctuating government policies and subsidy cutbacks. In recent years, the cost of utility bills has spiralled as the profit-hungry ‘big six’ energy companies have exploited their monopoly. We have decided to take the bold step of setting up Robin Hood Energy so that energy can be provided to customers across Nottingham and beyond at the lowest possible price, run not for profit, but for people.”

“Whatever money is saved should go back into the local economy,” he added.

The service will not, however, be restricted to Nottinghamshire residents – under current legislation the company has to offer it to customers nationwide.

Clark, who has been a councillor for 26 years and is also chairman of the council’s waste energy company, Enviro Energy, said the company would be paying “broadly competitive” salaries but there would be no big bonuses for directors.

He said Robin Hood had been working with well-known switching services such as moneysupermarket.com and uSwitch to help it attract customers. He has not yet seen any responses from the competition but said it would be “a good thing” if it encouraged them to bring prices down.

Energy experts said the Robin Hood offering was competitive but not the best in the market by any means. “Their tariff is way above the top 10 cheapest tariffs,” said Nigel Cornwall of Cornwall Energy, an independent energy market consultant. “But they are cheaper than five of the big six.”

Cornwall said Robin Hood Energy was able to buy on a market that is currently flat and that it therefore wasn’t hard to “undercut the legacy players”. He has worked with a number of local authorities and expected others to follow in Robin Hood’s footsteps