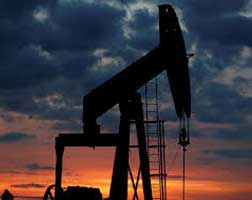 Against the back of a tit-for-tat economic war, oil prices took a slide after new import tariffs imposed by the US and China came into force. The US kept its part and started its imposition of 15% tariffs on a variety of Chinese goods such as footwear, smart watches and flat-panel televisions, with China setting new duties on US crude.

China’s levy of 5% on US crude marks the first time the fuel had been targeted since the world’s two largest economies started their trade war more than a year ago.

However, US President Donald Trump said the two sides would still meet for talks this month, with the President firm on his trade war on China urging American companies to find alternative suppliers outside China.

According to a Reuters report, oil output in August from members of the Organisation of the Petroleum Exporting Countries (OPEC) rose for the first month this year as higher supply from Iraq and Nigeria outweighed restraint by top exporter Saudi Arabia and declines caused by US sanctions on Iran.