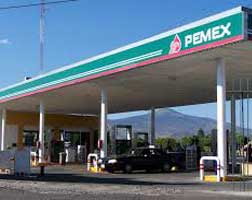 Mexico’s state-run oil company, Pemex, confirmed on Monday there was an accident on an oil platform at one of its major operations in the southern Gulf of Mexico, but said any impact on output remained unclear.

The company said the accident was caused by an oil and gas leak and three workers performing routine inspections had been evacuated. It said there were no reports of any injuries on the platform, which was uninhabited and operated remotely.

Local media said there was an explosion and a fire on the platform.

The platform, Akal-H, is part of the Akal field complex, one of the most productive areas within Cantarell, which in the late 1970s was one of the world’s top-producing oil fields.

The Akal field produced an average of 177,000 barrels per day (bpd) last year, down sharply from the 2.04 million bpd produced at the peak in 2004, according to Pemex data.

The explosion is the third high seas incident at Pemex this year after an accident on an offshore maintenance rig – also in the southern Bay of Campeche and first reported by local paper Tabasco Hoy – killed two workers in May.

On April 1, at least four people died in a fire at another platform in the Abkatun Pol Chuc complex, which temporarily hurt production in the area.

“One incident is understandable and tolerable,” said Miriam Grunstein, an energy specialist with the Mexico Center at Houston-based Rice University. But several in a matter of months “is not acceptable under any national or international standard,” she said.

Grunstein added that private oil companies might think twice about partnering with Pemex in future projects given the frequency of accidents. She said that Mexico’s Energy Ministry should “seriously consider” revoking fields already assigned to the state-owned company.