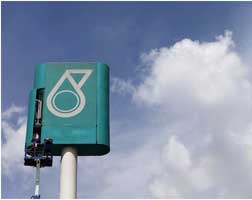 Malaysian oil and gas firm Petroliam Nasional Berhad (Petronas) continues to seek out opportunities to expand its presence in other parts of the world as it looks to balance its output portfolio, which is currently at 70% gas and 30% oil, according to Datuk Mohd Anuar Taib, executive vice-president and chief executive officer for Upstream.

He said part of the Gulf of Mexico in the US territory had always been a prolific deepwater oil production area.

“Mexico only recently opened its territory in the Gulf to foreign investors. We believed in those locations in deciding to bid and feel very thankful for getting three blocks,” he added.

Mohd Anuar said apart from Mexico, the company also planned to expand its presence in the Middle East, with its return to Iran in the study phase.

The company has maintained a presence in Iraq from 2010. As of 2016, Petronas upstream had entered 23 countries globally, with 216 producing fields, 381 offshore platforms and 21 floating facilities.

Pointing to the 2015 oil price crash as the start of a new challenging phase for the global oil and gas industry, Mohd Anuar said it would not deter Petronas from expanding its overseas presence.