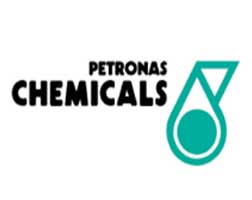 According to a statement today, the joint venture company will be formed by the subsidiaries of PCG and PT AKR for this purpose.

It said that this partnership leverages both companies’ strengths to bring greater value to Indonesia and methanol will be the first product to be distributed to customers in Indonesia.

“PT AKR’s experience in serving the methanol market is synergistic to PCG’s business. Beyond distributing methanol, we also aspire to extend the chemical range to include other chemical products in the future,” said PCG managing director/chief executive officer Datuk Sazali Hamzah.

Meanwhile, PT AKR’s president director group chief executive officer, Haryanto Adikoesoemo, said the partnership with PCG marks a significant step in the company’s expansion strategy and strengthens their position as one of the major petroleum and chemicals distributors in Indonesia.

Sazali and Adikoesoemo were present to witness the first virtual signing for both parties that was held in Kuala Lumpur and Jakarta simultaneously.

Read: Petronas ties up with Japan’s Eneos for hydrogen project