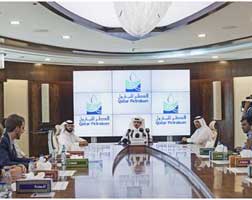 Qatar will be launching a new gas project at the North Field, which is the country’s share of the world’s largest natural gas field, in order to boost its gas output and exports. To remain competitive in the global LNG market and keep its status as top LNG exporter, Qatar is lifting its self-imposed moratorium to begin developments in the gas field.

The country has chosen to continue its self-imposed moratorium on the development of the North Field, including constructing new LNG export facilities, since 2005. As such, no new projects were expected in Qatar until 2020 at the earliest.

However, earlier this week, Qatar’s state-held company Qatar Petroleum said in a statement that it plans to develop a new gas project in the North Field, the part of the field that Qatar shares with Iran, which calls its section of the world’s biggest gas field South Pars.

Work on the project’s details is expected to begin in the coming months, the Qatari company said.

“Qatar Petroleum’s technical studies and assessment of the North Field have confirmed the potential for developing a new gas project that can be targeted for export with a capacity of about 2 billion cubic feet per day. It is worth noting that a project of this size will increase the current production of the North Field by about 10%, which will add about 400,000 BBL/D (barrels per day) of oil equivalent to the State of Qatar’s production,” the company’s President and CEO Saad Sherida Al-Kaabi said.

The project for resuming development at North Field will “further strengthen Qatar’s leading position as a major player in the global gas industry”, Al-Kaabi noted.

Qatar Petroleum has more than doubled its oil and gas production since 2006: total oil, gas and condensate output hit 5.17 million barrels of oil equivalent per day (BOE/D) in 2015. By this measure, Qatar Petroleum is now the world’s fourth hydrocarbons producer, ahead of Russia’s giant Rosneft, with its 5.1 million BOE/D of daily output.