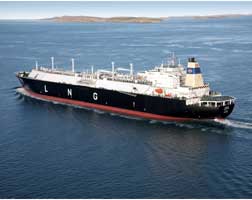 Six countries have been shortlisted, from which one would be chosen as a partner, for the planned US$2-billion liquefied natural gas (LNG) receiving and distribution facility in the Philippines.

The countries that have been shortlisted are China, Japan, South Korea, Singapore, Indonesia and the United Arab Emirates (UAE), said Arwin Ardon, head of the team at the Philippine National Oil Company (PNOC) that is overseeing the project.

The construction of the project, which includes a 5 million tons-per-annum (mtpa) storage facility, could be completed by 2020, or four years before the country’s Malampaya natural gas field is depleted, Energy Secretary Alfonso Cusi said last month.

The Philippines’ energy demand is set to triple by 2040, with electricity requirements anticipated to grow four times from 2015. To support this spike, the country needs to step up power generation capacity by 7,000 MW over the next five years and wants foreign investors to help.

“[The LNG project] is a complete package with storage facility, regasification, a power plant that is scalable up to 1,000 MW, and redistribution,” Ardon told reporters on the sidelines of a power industry conference. The power plant will initially have a capacity of 200 MW.

The Philippines aims to start importing liquefied natural gas (LNG) before Malampaya gas, currently used to produce a fifth of the country’s power supply, runs out by 2024.

Ardon said PNOC was looking to use government-owned banked or unused gas from Malampaya, currently valued at about US$640 million, as equity for the LNG project, together with the government land where the facility will be built.

On the government-to-government partnership for the project, Ardon said PNOC was pushing for a 60-40 equity arrangement, with the Philippines taking a controlling interest. However, he did not give a timeline on when a partner would be chosen.

First Gen, which owns four Malampaya gas-powered plants with a total capacity of 2,011 MW, could also invest in the LNG hub, possibly taking a portion of PNOC’s 60% stake, he added.

Several companies, including First Gen and the local unit of Royal Dutch Shell Plc which operates Malampaya, had planned to build LNG storage facilities in the Philippines before the government came up with its own project.

Australia-listed Energy World Corp Ltd has built LNG facilities, including a power plant, in eastern Quezon province, but commercial operations are yet to start.