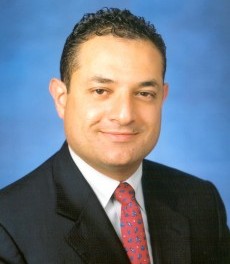 The Southeast Asian solar, wind and renewable energy markets have the potential for further growth, and manufacturers should pay more attention to these markets, a senior analyst with Bloomberg Intelligence said last month.

Speaking at the Ninth SNEC International Photovoltaic Power Generation Exhibition in Shanghai, Joseph Jacobelli told the audience that this is because economies such as Indonesia, Malaysia and the Philippines have high GDP growth rates compared to that of developed economies.

“If one were to look at the current market economists’ consensus GDP forecasts, one can see that overall they are expecting growth of under 3% for the United States between 2015 and 2017, growth of under 2% for the euro area and growth of below 1.5% for Japan,” Jacobelli said.

“This compares to growth rates at least 50% higher in such key Asian economies as Indonesia, Malaysia or the Philippines,” he added.

He also add that the population size of these countries, as well as their increasing financial strengths which translates into greater ease of obtaining financing, means that the region a good revenue source for manufacturers of renewable energy products.

Asian economies mostly rely on traditional sources of energy, such as China which is still LARGELY reliant on coal. Traditional energy methods have been criticised for their burden on the environment.

The International Energy Agency (IEA) forecasts the renewable energy sector to grow at 7.1 % per annum, with shares of renewable energy as a percentage of the total generation mux rising to 5.4% by 2035 from 2.9% in 2011.

Other interesting figures include: 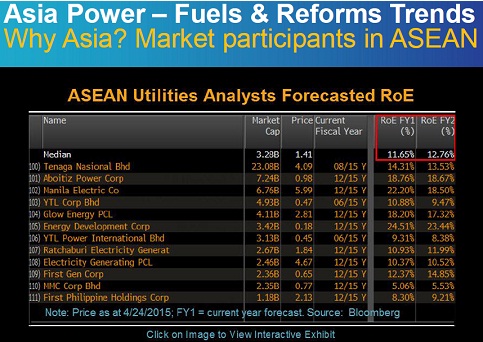 He also pointed out to challenges, namely the spike of renewable energy price compared to conventional fuel prices.

“One example is looking at the price of natural gas. The price of this conventional fuel differs from power market to power market in Southeast Asia given that many of these markets actually also have native sources of the fuel,” Jacobelli said.