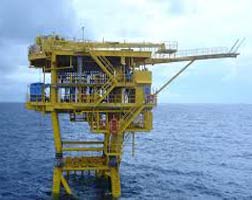 Thailand has extended the bid deadline for oil and gas concessions by a month after politicians and activists criticised the contract terms, the country’s energy policy committee said.

Around 100 people gathered at government house in Bangkok to submit a petition calling for the suspension of the bidding round. They want the military government to ensure that Thailand gets a bigger cut of profits from the concessions.

Thailand’s junta, which seized power in May, wants to boost domestic supplies to reduce the country’s dependence on expensive energy imports.

Prime Minister Prayuth Chan-ocha said, a delay was needed to build a broader consensus on the contract terms.

The bid deadline would be extended to March 16 from February 18, Kurujit Nakornthap, deputy permanent secretary of the energy ministry, told reporters.

The government will hold a public hearing on the concessions on February 20, said Puangthip Silpasart, director general of the Energy Ministry’s mineral fuels department.

Several senior politicians, including former Prime Minister Abhisit Vejjajiva, as well as academics and activists, sent a letter to Prayuth last week calling for a review of the auction due to concerns about transparency and revenue.

“If the auction is done hurriedly, it may cause damage to the country,” said Kamolpan Cheewapansri, energy reform activist and leader of the petition group.

Critics would like to see the concession model, in which the government receives taxes and royalties, changed to a production sharing contract akin to those offered by other Southeast Asian countries such as Vietnam, Malaysia and Indonesia.

Thailand’s cut of pretax profits from the concessions is around 67 % compared with the Southeast Asian regional average of 74 %, said Adrian Pooh, upstream analyst for Southeast Asia at energy consultancy Wood Mackenzie.

The auction has attracted the interest of several international companies including the Thai units of China National Petroleum Corporation (CNPC) and Japan’s Mitsui, according to Thailand’s Energy Ministry.

The government has offered six offshore blocks in the Gulf of Thailand, and 23 onshore blocks, in Thailand’s first energy bidding round since 2007.

The blocks hold reserves estimated at between 1 trillion and 5 trillion cu ft of gas and 20 million to 50 million barrels of crude, the ministry says.

The auction was initially planned for 2011, but was delayed due to floods that year and then a political crisis from late 2013.