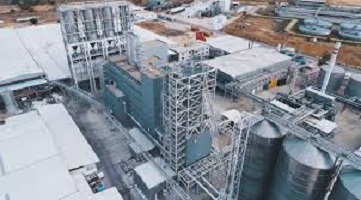 The plant engineering business of Germany-headquartered thyssenkrupp Industrial Solutions AG, bags a second order from the Turkish packaging producer Köksan for a new PET production plant. The plant will be built in Gaziantep, Turkey, next to an existing production line built by thyssenkrupp in 2013. Its construction will double the site’s production capacity to 432,000 tonnes of PET resin per year. Completion and commissioning are planned for 2022.

The plant will use the Melt-To-Resin (MTR) process patented by thyssenkrupp’s subsidiary Uhde Inventa Fischer to produce various grades of resin. With this investment, Köksan intends to strengthen its market position both nationally and in the region. The PET will be supplied to the local market as well as to countries of the Middle East, CIS, America, Europe, and Africa regions.

Werner Steinauer, CEO of Uhde Inventa-Fischer informs that the company’s MTR process offers many advantages compared to conventional technologies, including for example optimized energy consumption and lower production costs. In addition, the plant can be fed with a certain amount of recycled PET to meet the changing needs of customers and local authorities.

thyssenkrupp’s scope of supplies and services includes the licence, basic and detail engineering, supply of all major plant equipment and supervision of the erection and commissioning activities. Furthermore, the operating personnel of Köksan is going to be trained by the specialists from thyssenkrupp.

M. Murat Kökoğlu, CEO of Köksan adds that their company is currently examining the joint construction of a further PET polymerization plant based on chemical recycled PET for various textile and packaging applications.

The MTR process developed by thyssenkrupp is a continuous polycondensation process that obviates the need for the solid-state-post-condensation process steps in the production of PET resin. This leads to substantial energy savings, reduced investment, operating and maintenance costs and a higher raw material yield compared to conventional technologies. The technology meets today’s demand for sustainability by reducing the carbon footprint in terms of fuel and electrical energy by up to 30%.

Additionally, a retrofitting of the plants with thyssenkrupp’s FTR (Flakes-To-Resin) recycling technology is possible at any time and allows the replacement of up to 50% of the raw materials without affecting food approvals for the final product. The process is based on the two-reactor technology, which uses the patented Espree and Discage reactors to obtain the desired high melt viscosities.