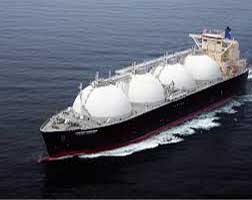 will reduce the volumes of Malaysian liquefied natural gas (LNG) that it buys after a long-term contract expires this March.
The company’s 15-year contract to buy up to 2.6 million tonnes per year of LNG from a unit of Malaysian state oil firm Petroliam Nasional, or Petronas, expires in March 2018

Tokyo Gas has three contracts with Malaysia and the contract that expires this year is the one with the biggest purchase volumes, Uchida said after the news conference where the changes in the company’s top executives was announced.

“We are going to renew the (expiring) contract,” he said, adding that it would be renewed at lower volumes since Tokyo Gas has already diversified its supply sources to North American shale gas and other sellers.

Uchida, who is set to become president on April 1, also said that the company would have to give careful consideration before giving the go-ahead to its Sodegaura coal-fired power plant joint venture project with Kyushu Electric, reflecting the mounting criticism against coal from the general public.