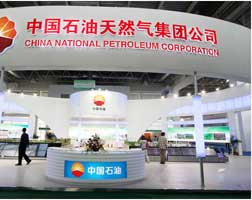 Chinese state-owned oil and gas corporation China National Petroleum Corporation (CNPC) has signed an onshore oil concession deal with Abu Dhabi National Oil Company (ADNOC), the state-owned oil company of the United Arab Emirates (UAE). The 40-year agreement, worth US$1.77 billion, will give CNPC 8% stake in the ADNOC-operated oil concession, according to a statement from the Emirati company.

“This will be a mutually beneficial partnership that will enable us to maintain strong production levels,” ADNOC chief executive Sultan Ahmed Al Jaber said.”Our agreement with CNPC strengthens and deepens the strategic and economic relationship between the United Arab Emirates and China.”.

CNPC chairman Wang Yilin said he hoped the deal would “lead to further opportunities to participate in the UAE’s energy sector”.”CNPC will play an active role in defining and developing technology applications in mature oil fields by planning to establish a tailor-made technology hub in ADCO,” Wang promised.

CNPC is China’s largest oil and gas producer and supplier, responsible for more than half of China’s crude oil output and 71% of its natural gas production, the statement said.CNPC also has oil and gas projects in 37 countries in Africa, Central Asia and Russia, the Americas, the Middle East and Asia-Pacific, it said.

China is the world’s second largest energy consumer and theUAE is its second-largest trading partner in the Middle East, with commerce worth US$60 billion in 2016.

ADNOC is still looking for a partner for the remainder of the concession, the statement said. The company produces 3.1 million barrels per day, it said.