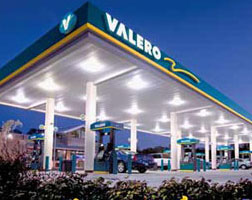 Valero Energy Partners LP (VLP) announced yesterday that it acquired Corpus Christi Terminal Services from a subsidiary of Valero Energy Corporation (VLO) for US$465 million. The acquisition is effective October 1, 2015.

The business to be acquired includes two terminals that support VLO’s Corpus Christi East and West refineries. The assets consist of 134 tanks with 10.1 million barrels of storage capacity for crude oil, intermediates, and refined petroleum products.

VLP expects to finance the acquisition with US$395 million in borrowings under a subordinated loan agreement with VLO, as well as the issuance of additional common units and general partner units to VLO subsidiaries, valued collectively at approximately US$70 million. The newly issued units will be allocated in a proportion allowing the general partner to maintain its 2% general partner interest.

Upon closing, VLP plans to enter into a 10-year terminaling agreement with a subsidiary of VLO. The business to be acquired is expected to contribute approximately US$50 million of EBITDA in its first full year of operation.

“With transactions totaling US$1.14 billion, we’ve exceeded our US$1 billion target for acquisitions in 2015,” said Joe Gorder, Chief Executive Officer of VLP’s general partner. “We’re on course to deliver year-over-year distribution growth in excess of 25%.”

The terms of the transaction were approved, subject to the execution of definitive documentation, by the board of directors of the general partner, following the approval and recommendation of the board’s conflicts committee. The conflicts committee is composed of independent directors and was advised by Evercore Group L.L.C., its financial advisor, and Akin Gump Straus Hauer & Feld LLP, its legal counsel.