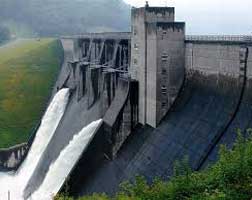 Inaugurated last May 6, the plant is now set to deliver 55 gigawatt-hours of energy to the Luzon grid, which is experiencing tight power supply.

Construction of the plant started in 2013 and was finished on time this year, AboitizPower said in a project update.

Using a modern run-of-river system, the Sabangan hydro project harnesses the natural force of the Chico River by diverting part of the water into the system. The water then exits the powerhouse and goes back to the river.

The Sabangan hydro is the 22nd run-of-river hydro plant of Hedcor.

AboitizPower continues to expand its clean energy portfolio as its looks for more potential areas across the country, mainly through geothermal, hydro and solar power sources.

In April, Hedcor also had a groundbreaking ceremony for the construction of the P12.5-billion, 68.8-MW Manolo Fortich run-of-river hydro plant in Bukidnon. This is also the first hydro plant venture of Hedcor in Bukidnon province.

Last year, AboitizPower partnered with US-based solar power developer SunEdison Inc. to explore, develop, construct and operate up to 300 MW of utility-scale solar photovoltaic power generation projects in the Philippines over the next three years.

SN Aboitiz Power (SNAP), a joint venture of AboitizPower with SN Power of Norway, is also expanding its portfolio in the northern region of Luzon.

Moreover, increasing the power supply of the country from geothermal sources remains one of AboitizPower’s goals in 2015 through its exploration of potential steam wells in Negron Cuadrado and Mt. Apo.

AboitizPower has 915 MW of renewable energy, representing 40 percent of its total attributable net sellable capacity, in its portfolio. It also operates baseload and peaking plants across the country through its coal- and oil-fired power plants.

The company aims to increase further its energy capacity by 2,000 MW over the next five years.