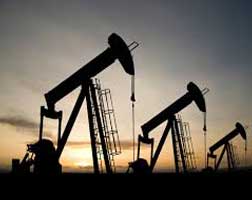 Gasoline and diesel’s proxy, heating oil, led the oil complex lower, sliding more than 2 % as concerns about their high refining margins over crude prompted those who had been bullish on such products to close out some positions.

A slowdown in the decline of U.S. oil rigs did not help. Oil services firm Baker Hughes reported an overall drop of four U.S. rigs this week, compared to 7 last week. It also cited new drilling activity in the Permian and Bakken shale basins, a sign that higher crude prices were coaxing producers back to the well pad after a six-month price rout.

Traders said the decline was mostly on fears about Greece, which teetered on the edge of default.

Euro zone leaders will hold an emergency summit on Monday to try and throw a lifeline to Athens. While the crisis has affected equity and treasury markets more than oil, the dollar’s resultant rise has made commodities denominated in the greenback costlier for users of currencies like the euro.

Greece’s neighbours, meanwhile, are expected to contribute to much of euro zone oil demand this year, and “if there was a Greek default and a contagion of a risk premium to other southern European countries, it could have a negative impact on European oil demand,” said Olivier Jakob at Petromatrix in Zug, Switzerland.

“The gasoline crack is still very high,” Morton said, referring to the profit refiners obtain for “cracking” the motor fuel out of crude. “There is still a large speculator position in my opinion in gasoline.”

The gasoline crack stood at above $26 a barrel on Friday, off Wednesday’s 3-month high above $30 CL-RB1=R hit in anticipation of peak summer driving demand. For heating oil, or diesel, the crack CL-HO1=R was above $19, a level broadly sustained this month. – Reuters