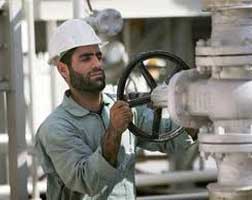 Energy savings has suddenly become a commodity that investors believe is a hot market with money to be made.

Efficiency Capital Corp. has just launched as a for-profit company, with the goal to finance $100 million in energy efficiency retrofits over the next five years.

“It’s a rare opportunity to do something good and make money off it,” said company president Mike Vinokur, adding it will be a bridge between building owners and purveyors of technology to cut energy costs.

He won’t say what the rate of return is for its institutional investors, but says it is higher than government or corporate bonds.

The idea comes from the Toronto Atmospheric Fund (TAF). This city agency, armed with the goal of financing local initiatives to reduce greenhouse gas emissions, pioneered the investment tool.

It has financed a number of retrofits — where the building owners don’t put up any cash for capital projects — at the Harbourfront Centre, six YMCA buildings and an Etobicoke housing co-op.

Instead, the owners pay back the cost of the capital investments over the length of a contract, usually eight to 10 years, through the energy savings reaped.

Efficiency Capital will maintain and look after the equipment, and after the term expires, the equipment can be removed, bought out or the contract extended. It is looking at all types of projects including residential and office buildings, even beyond Greater Toronto, said Vinokur.

Julia Langer, chief executive of the Toronto Atmospheric Fund, believes the program is attractive to building owners or landlords, which oftentimes don’t have the financial means to do such retrofits.

In addition, an insurance company has agreed to underwrite the projects.

“The client doesn’t have to pay if there are no savings. An insurance claim is paid,” Langer said.

Under the program, the only financial commitment needed is the building owner must conduct and pay for an energy audit. That determines what potential energy savings exist, estimated to be $20,000 to $25,000 for a large office or apartment building.

But the board president of one of the first program’s participants, Robert Cooke Co-Operative Homes, believes it was a mistake to embark on this project.

The retrofit included new boilers to replace an ailing heating system, energy efficient fridges and stoves, mechanisms to reduce water use including new toilets and shower heads, in the 123-unit building.

“We are not happy,” said board president Eric Wolf. “If I had to do over again, I wouldn’t touch it.”

He concedes that the principle of trying to reduce one’s carbon footprint is sound, but the end result includes giving up control of their equipment, because the investors want to ensure the savings are found.

Wolf points to the first day of June, when the heat had been turned off, even though it was exceptionally cold day.

“I had to turn on my oven. Is that saving any money?” he asked, noting many of the residents of the co-op are physically challenged or elderly.

“It’s relinquishing control of your home offsite for 10 years. It’s not the way to go,” Wolf said, adding the co-op board may consider getting out of its contract early.

Langer conceded that in any retrofit, there can be issues.

“Things break down, you have to fix them,” she said. “We resolve these things as they come along. I understand that there are frustrations.

“It’s not the usual way of doing things,” she said. “All too often, these retrofits get done, the engineer walks away, and that’s it. The building is stuck with it.

“In this case, they have TAF and the engineer there to make sure it works. We have a vested interest in making sure the retrofit works. That’s how we get paid back, with the savings,” Langer said.

Wolf said that the co-op signed on to the deal because it did not have the financial means to replace its boilers.

Wolf questions the numbers. He said there have also been problems with appliances breaking down, as well as blockages in the sewage system, given not enough water is flowing through with the low-flow toilets. However, he acknowledged that the co-op has seen savings on its water and natural gas bill.

Langer argued that the building now has a new lease on life.

“I have no doubt over the nine-year term of this contract that there will be other lumps and bumps along the way that we will resolve them, because we are in it together,” she said.

Other groups that embarked on the retrofit program have had more success.

The YMCA of Greater Toronto installed electric tap equipment at six sites to lower the electric voltage coming into the buildings, bringing down electricity usage.

Alex Versluis, YMCA’s vice-president of property management, estimates his group has cut the electrical bill by 4 %, or $70,000 a year.

“For us, it was a very good fit, and we only see more opportunities as we expand,” he said. “It’s a great way for people who don’t have the capital to unlock the energy savings.”

Versluis said the electric tap project would have cost $300,000 to do, and simply wouldn’t have made the YMCA’s priority list of projects.

Despite the challenges at the Robert Cooke co-op, Langer believes it’s a strong model, noting there are many types of buildings in the Greater Toronto Area, all in need of retrofitting.

“We feel that we’re innovating, that we’re leading and we’re demonstrating to the broader market that energy efficiency is a good investment opportunity,” she said. “You can actually make money by reducing carbon.

“We see this is a market opening opportunity.”