Employment in the global renewable energy industry has increased by over one million jobs during the past year, according to a new report released by the International Renewable Energy Agency (IRENA). 7.7 million people are now employed in renewable energy, an 18 % increase on last year’s 6.5 million.

The renewable energy sector is continuing to grow rapidly across the world, especially in China where wind recently surpassed nuclear to become the country’s third largest source of electricity generation. Given the scope of its green energy ambitions, it comes as little surprise that China has the most renewable energy jobs of any country worldwide – approximately 3.4 million. 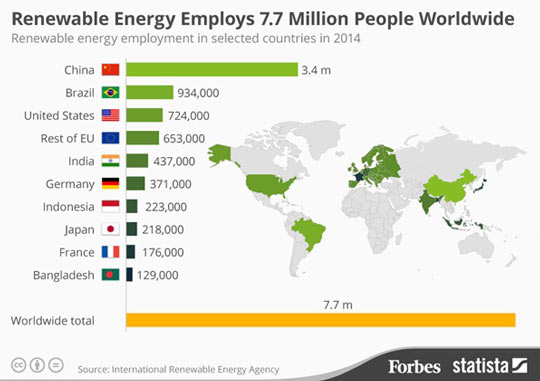