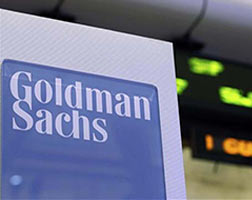 Goldman Sachs Group Inc plans to establish a bond facility to target US$1 billion in investment within the next few years in renewable energy projects in Japan, people familiar with the plan said.

The latest initiative is part of Goldman’s 2012 plan to channel investments totaling US$40 billion into renewable energy projects over the next decade.

The Japan Renewable Project Bond Trust product will provide a structure to give institutional investors the chance to invest in investment grade-rated securitised renewable energy bonds. It will initially focus on solar energy, and will be expanded to other types of renewable energy assets as projects arise.

The initiative comes after a rush of investment into solar following the introduction of preferential tariffs mandated by the government in 2012 to promote the development of renewable energy after the March 2011 earthquake and tsunami triggered the Fukushima nuclear power plant crisis.

Since late 2013, a dozen solar projects across Japan for which Goldman Sachs helped organise investor funding raised about 9 billion yen (US$74 million) through the sale of revenue bonds that were rated “BBB” or above, with seven rated “A.”

“Over the past year or two, I do think things are moving much more faster than in the past 10 years,” said Toru Inoue, vice president at Goldman Sachs’ infrastructure & structured financing group, in a recent interview.

Goldman itself is also a significant investor in Japanese solar projects. In August 2012, it established Japan Renewable Energy, which builds and operates renewable energy platforms.

The size of Japan’s total market for securitised infrastructure products including renewable energy is difficult to estimate and is dwarfed by the gargantuan Japanese government bond market, market participants say.

But the Bank of Japan’s massive quantitative easing programme has kept yields at low levels. The 10-year JGB yield was trading around 0.425 % on Monday.

Investors who buy long-term infrastructure-backed notes get their principal back at maturity and collect a stable stream of coupon payments. Such bonds usually carry a premium over similarly rated corporate bonds, according to bankers who arrange financing for similar instruments.