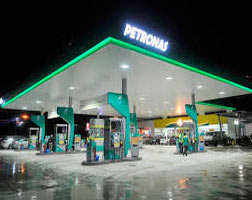 BAKU – Malaysia’s state-owned oil and gas giant Petronas has completed its transaction for the acquisition of oil and gas related assets in Azerbaijan, following a sales and purchase agreement it signed with Norway-based Statoil in October last year.

Zainal Abidin said the acquisition gives Petronas a strategic presence in a producing field in oil-rich Azerbaijan, where the company is involved in project development totalling around US$38 billion.

“The acquisition is part of our strategy to show our presence here, and is part of our long-term strategy to grow our business here,” he said when met here at a dinner reception at the residence of Malaysian Ambassador to Azerbaijan Datuk Roslan Abdul Rahman.

The dinner was in honour of Malaysian delegates, led by Minister of Finance II Datuk Seri Ahmad Husni Hanadzlah, to the 18th ASEAN Plus Three Finance Ministers’ and Central Bank Governors’ Meeting (AFMGM+3) and the 48th Asian Development Bank (ADB) Annual Meeting here on May 2-5.

Discovered in 1999, the Shah Deniz field is located in the South Caspian Sea about 70km South-east of Baku, and is operated by BP Plc, with the other partners being the State Oil Co of the Azerbaijan Republic, Turkish Petroleum Corporation, Russia’s Lukoil and the National Iranian Oil Co.

Petronas’ venture into Azerbaijan’s oil and gas industry is its second in the Caucasus region after it signed a 25-year production sharing agreement with the Turkmenistan government in 1996.

A downstream venture with the Azerbaijanis could be next as the country lacks petrochemical projects, Zainal Abidin said, pointing out that the Caucasus, one of the world’s largest producers of oil and gas, is a vibrant region with a lot of future potential.

“We are here for the long run, we are here to stay for as long as there is good business sense to be here,” he added. — Bernama