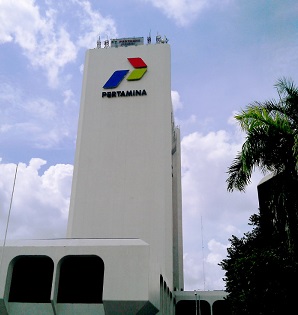 JAKARTA – State-owned oil and gas company Pertamina may cancel its plan to acquire a number of oil blocks overseas as the sharp drop in oil prices will make the investment no longer economically feasible, a company executive has said.

The company’s upstream director, Syamsu Alam, said Pertamina was reviewing the acquisition plan on several oil and gas blocks overseas, given the change in the conditions of the international crude oil market.

With such unfavorable market conditions, it was unlikely that Pertamina would go ahead with the acquisition plan, he added.

“We are evaluating a number of blocks but it is uncertain whether we will execute it or not. For this year, we have no program finalizing an acquisition,” Syamsu said.

Under its long-term plan, Pertamina is targeting to secure 600,000 barrels of oil equivalent per day (boepd) from its overseas oil fields production by 2025.

Pertamina currently has several assets in other countries. Its overseas expansion began in 2002 through a cooperation contract in Vietnam. In 2013, the company acquired oil and gas assets called Block 405a in Algeria from ConocoPhillips.

Syamsu said that the company was working on a reservoir development plan in the Algeria asset and was expecting a decision before year-end. Should the development plan be approved by Algeria’s authority, Pertamina will have additional production of around 8,000 barrel per day (bpd) from current output of around 35,000 bpd.

The state-owned firm also purchased 10 % participating interest in the West Qurna I block in Iraq from ExxonMobil Iraq Limited. Pertamina is optimistic about the Iraq field considering that its production is expected to reach 1.6 million barrels of oil per day (bopd) by 2020.

Due to ongoing pressure on oil prices caused by the global glut of supply, oil and gas companies are calculating their moves and activities to maintain business. The benchmark West Texas Intermediate (WTI) crude oil price for June delivery was US$56.91 per barrel on Monday, according to figures from Bloomberg. Meanwhile, another benchmark, the Brent crude oil, was US$65 per barrel for June delivery.

Research from the Bank of America Corp., as quoted by Bloomberg, cited that although the price of oil strengthened this year, it would be 40 % lower than a year ago because Saudi Arabia leads the Organization of Petroleum Exporting Countries’ (OPEC) strategy to defend its market share against growing US production.

While the organization plans to maintain its production level, it requests that countries outside the group pare output to help tackle a surplus.

“Thus, from November to March, we see a sustainable growth of oil by 18.8 % per month and on average 4 % per month for gas,” Pertamina president director Dwi Soetjipto said.

He was referring to production figures in November because Pertamina has been under a new board of directors headed by Dwi since last year November. The company recorded average oil production of 225,150 bpd and gas output of 1,561 mmscfd in November.