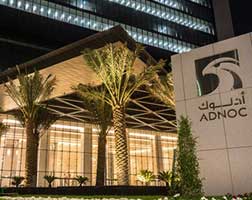 Abu Dhabi-headquartered Adnoc (Abu Dhabi National Oil Co.), which recently released its 2030 growth strategy, is considering an IPO of minority stakes of its service stations unit. It may seek a value of as much as US$14 billion, according to a report by Bloomberg, quoting unnamed sources.

The unit may ultimately fetch a value of about US$10 billion and raise up to US$3 billion from a listing, according to the report, that also adds that no final decisions has been made, and Adnoc may also decide not to pursue an IPO.

Adnoc Distribution, established in 1973, includes a service station network of 300 that covers Abu Dhabi and Sharjah exclusively, while in the rest of the Northern Emirates it has an 85% share. It does not currently operate in Dubai. It also has retail outlets at its service stations and at other locations. Adnoc Distribution also provides liquid propane gas (LPG) for household use in Abu Dhabi and the Northern Emirates as well as lubricants.

In its growth strategy initiatives, Adnoc says it will seek partnerships and co-investment opportunities in the oil, gas, refining and petrochemical space as follows:

Adnoc, which produces most of its crude in the UAE, will also seek to expand its energy trading operations as part of the new plan.

In the statement, UAE Minister of State and Adnoc Group CEO H.E. Dr. Al Jaber commented, “Our new approach comes at a time when global economic growth and energy demand is shifting East. These changes in energy demand sit alongside a rapid increase in demand for products derived from hydrocarbons – petrochemicals, plastics and polymers.”

With fickle oil prices, companies in the region are turning to IPOs to make themselves less dependent on oil. For instance, Saudi Aramco is planning to list 5% of the parent company, on at least one foreign exchange.

However, Adnoc also stressed in the statement that “there will be no IPO of Adnoc, the group holding company.” It will remain fully owned by the government of Abu Dhabi, it stated.

In upstream, Adnoc says it is adapting to the evolving market environment by maximising operational efficiencies, increasing crude oil production capacity targets, and reducing costs. It is also focusing on the application of new and innovative technologies for Enhanced Oil Recovery.

In downstream, Adnoc says it aims to stretch the margin of each refined barrel of oil and expand petrochemical production from 4.5 to 11.4 mtpa by 2025. It will develop new, high-value products to meet growing demand and increase refining capacity to create new revenue streams. Historically, Adnoc says it has been a major player in upstream hydrocarbon production.

In the gas business, Adnoc will exploit a variety of natural gas sources, including tapping into gas caps and undeveloped deep and sour gas reserves. It is exploring a potential US$20 billion investment to develop the Hail, Ghasha, Delma, Nasr and Shuwaihat fields, which could produce 1.2 Bscfd of gas. It will also increase production from its Shah field to 1.5 Bscfd and explore commercially sound avenues of developing the sour gas fields of Bab and Buhasa. In addition, the company will deploy innovative technology such as Carbon Capture Utilisation and Storage to replace natural gas with C02 in Enhanced Oil Recovery – thereby liberating gas for other purposes.