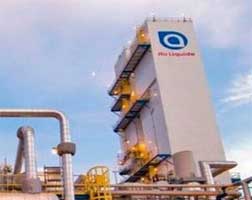 Gasses firm Air Liquide has increased its presence in Kazakhstan through its 75% owned joint venture Air Liquide Munay Tech Gases (ALMTG). The joint venture will invest up to EUR86 million to acquire hydrogen and nitrogen production units from Atyrau refinery owned by KazMunayGas and to modernise them.

In the framework of a new long-term agreement, ALMTG will operate these assets to supply industrial gases to the Atyrau refinery. Up to 200 million Nm3 of hydrogen and up to 50 million Nm3 of nitrogen will be produced annually on the site for different production processes, including desulphurisation of fuels.

Air Liquide will bring its technical know-how, digital, and energy optimisation expertise to modernise the assets at Atyrau and improve the overall CO2 footprint of the site. These assets will be connected to Air Liquide’s Smart & Innovative Operations Center in order to optimise their energy consumption as well as their flexibility and reliability.

ALMTG is a respectively 75% and 25% owned joint venture between Air Liquide and KazMunayGaz (KMG), the Kazakhstan National Oil & Gas company. For more than two years now, ALMTG has been successfully operating hydrogen and nitrogen production units for KMG’s refinery of Pavlodar. In the context of a contract announced in October 2019, ALMTG is also building a nitrogen production unit for a new petrochemical complex in Karabatan, near Atyrau, north of the Caspian sea, to be started in 2021.

Francois Jackow, Executive Vice-President and a member of the Executive Committee supervising Europe Industries activities, said: “We are pleased to reinforce the collaboration we have been building with the market leader KazMunayGas since our entry in Kazakhstan. This new agreement illustrates our continued commitment to providing long-term expertise and innovative environmentally responsible solutions to our customers. With this investment – the most important we have yet announced in the country – to increase energy efficiency and provide reliable supply, we will contribute to the modernisation and development of the country’s industry.”