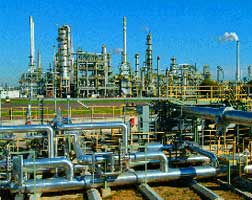 Saudi Aramco recently did a public relations stint to assure the media and public of its rapid response and resilience in the face of the rebel attacks on its two sites in Khurais and Abqaiq.

The comprehensive media tour was for more than 80 international, regional and local journalists at its oil & gas processing facilities, which were attacked one week ago. The media were given a first-hand look at the damaged components of the facilities.

“The planned IPO of the national oil giant will be ready in the next 12 months and the kingdom is committed to the listing,” Saudi news agency SPA quoted him as saying.

Meanwhile in other news, Aramco has completed the acquisition of Shell Saudi Arabia Refining Limited’s (Shell) 50% interest of the SASREF joint venture in Jubail Industrial City, in Saudi Arabia, for US$631 million.

Completion follows receipt of all necessary regulatory consents. The acquisition supports Saudi Aramco’s plan to increase the complexity and capacity of its refineries, as part of its long-term downstream growth strategy.

For Shell, the sale is part of an ongoing effort integrating its refining portfolio with Shell Trading hubs and chemicals operations.