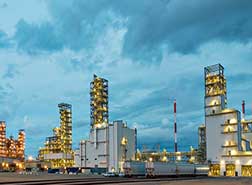 A court in Alberta, Canada, has awarded a judgment to chemical firm Nova Chemicals to pay Dow Chemical Canada US$1.08 billion on October 11, 2019, for damages Dow had incurred from 2012. This relates to both companies’ jointly-owned ethylene facility in Joffre, Alberta, Canada.

The dispute had the companies claiming and counterclaiming damages against one another between 2001 and 2012 over E3, the ethylene facility that was started up in 2000.

The court, which initially ruled in June 2018, found that Nova failed to operate the ethylene asset at full capacity for more than ten years, and furthermore, that Nova violated several contractual agreements relating to Dow receiving its share of the asset’s ethylene production. These actions resulted in reduced productivity and sales for Dow.

According to a summary of the case, Dow Canada alleged breach of contract, claiming Nova “took part of the ethylene and other products produced at E3 that belonged to Dow Canada under the terms of the joint venture for its own use.” It also claimed Nova failed to follow through on other obligations, resulting in a loss of production.

For its part, Nova defended itself against the claim, arguing “an ethane shortage justified its development and use of ethane allocation among the three ethylene production facilities at the Joffre site, and that Dow Canada knew about this allocation as it was occurring and failed to object to it.” Nova also said it operated E3 “to its productive capability, subject to mechanical issues that constrained production.”

In a counterclaim, Nova alleged that Dow Canada “breached the joint venture agreements by acquiring ethane in Western Canada, contrary to a provision that permitted only Nova to acquire ethane in that area.” Dow Canada rejected the claim.

Additionally, the ethylene asset is now running at a higher utilisation rate and giving Dow more ethylene from an advantaged feedstock position.

Nova’s counterclaim against Dow Canada has been dismissed and it is to appeal the judgement.