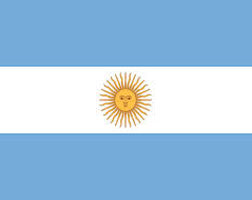 Argentina announced on Friday it had started legal proceedings in one of its own courts against five companies, including three British, who are drilling for oil and gas off the Falkland Islands, a move Britain denounced as bullying.

Britain defeated Argentina in a 1982 war over the South Atlantic islands and administers them as an overseas territory, whose population of around 3,000 voted overwhelmingly to remain under British rule in a referendum in 2013.

Argentina says it is the rightful owner of the islands, which it calls Las Malvinas, a claim dating back centuries to the Spanish colonial era. The dispute has escalated in recent years with the discovery of oil and gas deposits.

“All exploration and exploitation of hydrocarbons on the Argentine continental shelf without Argentine authorisation is illegal,” Argentina’s government minister responsible for the islands, Daniel Filmus, told Reuters. He said a judge in Rio Grande, Argentina, would take on the case.

The companies targeted in the case are Premier Oil, Falkland Oil and Gas and Rockhopper, listed in Britain, Italy’s Edison and Noble Energy which is listed in the United States. The British and Italian firms declined to comment.

Filmus said the Argentine court could impose prison terms of as much as 15 years and steep fines against executives of the firms if they were found to have illegally extracted oil and gas.

Earlier this month, Premier Oil and Falkland Oil and Gas kickstarted their 2015 drilling campaign by announcing they had found oil and gas at the first well in a nine-month programme.

In response, Argentina said it would consider legal proceedings against the energy firms. Britain and Argentina summoned each other’s ambassadors for a dressing down.

The Falkland Islands government, which administers the islands’ domestic affairs while London controls their defence and foreign policy, said it had a right to develop its own economy.

“Exploration drilling has been happening in Falkland Islands waters for many years,” it said. “The Government of Argentina continues to ignore our inalienable right to determine our own future.”

Shares in Premier Oil were trading 1.8 % lower at 1523 GMT on Friday, while Rockhopper shares were up 1.5 % and Falklands Oil and Gas shares traded 3.5 % higher. – Reuters