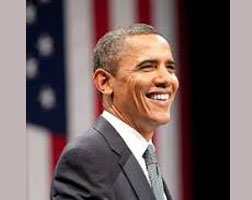 WASHINGTON – The Obama administration on Tuesday laid out an agenda under its Quadrennial Energy Review to modernize the country’s energy infrastructure and make it more resilient to challenges ranging from extreme weather to the domestic energy boom.

Commissioned by President Barack Obama when he announced his Climate Action Plan in June 2013, the QER was more than a year in the making and is the administration’s first comprehensive attempt to analyze the country’s aging energy systems.

The report released on Tuesday recommends over US$15 billion in new spending programs or tax credits to carry out a major overhaul of the country’s energy infrastructure. Among the key priorities and recommendations for policymakers in the QER:

The report said the country’s electric grid is at an “inflection point” and needs a major transformation after nearly a century of “relatively stable rules of the road.”

New factors, such as a shift away from coal baseload energy, the fast growth of intermittent renewable generation like solar power, more severe weather due to climate change and the threat of physical and cyber attacks are challenging the U.S. electric sector, the report said.

A number of new technologies have emerged to increase the reliability of renewables that allow individual homeowners to produce their own power. But that has also caused uncertainty for grid operators and threatens current utility business models.

The administration wants to provide states with up to US$350 million over five years to improve their infrastructure and planning processes, and wants to boost cooperation between states to improve grid reliability.

The Department of Energy has also requested US$3.5 billion over 10 years to support technology development, enhanced security capabilities and technical support to help spur the evolution toward a more flexible and modern grid.

The QER tries to address the changes in the global energy markets that has seen domestic production soar. It called for an overhaul of the U.S. emergency oil reserve system that was authorized by Congress 40 years ago after the Arab oil embargo sent shock waves through energy markets.

Beyond improving the Strategic Petroleum Reserve’s infrastructure to increase the speed at which oil can be withdrawn, the review calls for giving the sitting president more authority to tap the reserve in order to pre-empt fuel price spikes.

“The President should not have to wait until higher fuel prices have already damaged the U.S. economy before the SPR can be used without restrictions,” the review said.

The report also recommends that the Energy Department provide up to US$3.5 billion over 10 years to states to encourage them to improve the safety and environmental performance of their natural gas distribution systems by replacing old, leaking pipelines.

The boom in oil and gas production has added to congestion in the country’s rail, barge and roadway systems that already transport an array of other commodities from agriculture to coal.

To deal with this congestion, the QER recommends creating a 10-year, US$2 billion grant program to be run by the Transportation and Energy Departments to improve connections between rail, road and water transport systems.

The report also calls for the energy department and Surface Transportation Board to improve the gaps in currently available data on commodities that are transported by rail.