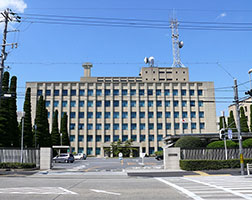 TOKYO – Japan’s third-biggest city gas supplier Toho Gas Co said it had signed a basic agreement with a unit of Mitsubishi Corp to buy 200,000 tonnes a year of liquefied natural gas (LNG) from the U.S. Cameron project for 20 years from 2018.

Toho Gas will buy at U.S. natural gas Henry Hub index-linked prices and the destinations for the three cargoes to be lifted per year can be changed if the seller agrees in advance, the company said.

The company in January 2014 signed a contract with Mitsui & Co to buy LNG from the Cameron project, with its total purchases from the project increasing to 500,000 tonnes a year, the company said in a statement.

Sempra Energy’s Cameron LNG project in the U.S. state of Louisiana is set to start production in 2018, after it received final investment approval last year.

Mitsubishi Corp and Mitsui both hold 16.6-% stakes in the development.  – Reuters